The Croatia U19 Men’s team is part of the Kayak Canoe Club “Rastocki Mlinari”. They are situated in the small city of Slunj which is located on three rivers: Mreznica, Korana, and Slunjcica, and all of them are great for water activities such as kayaking and rafting. Most of their training though is held on the Korana River in the village of Rastoke, where there is a beautiful natural slalom course with difficult class II-III. 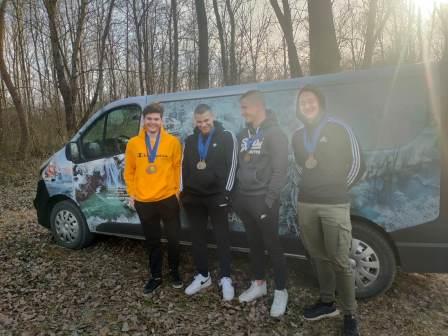 They organized sprint and downriver training on the calm part of the Korana River, with intervals and exercises for these two disciplines, and when they had enough rain or snow melt, they organized slalom training on their slalom course. They were preparing by competing in races in Croatia and Bulgaria, where they had great results. Three weeks before the World Championship, they will have a weekend of training on the river Vrbas to get more experience as this will be their first time on the river Vrbas.

Their U19 team is currently five members. Tin Vukosic is on the back left, Mislav Obrovac is on the front left, David Zivcic is on the right, and Jan Katic is on the back right. Tin is the most experienced and captain. Tin started paddling in his kayak at seven years old. He competed in kayak slalom competitions and, in 2018 at 15 years old, he joined the rafting open team. Other team members joined the rafting club during the pandemic in 2020. Antonijo Puškarić contacted them through the high school to introduce them to local sports. He is now their coach. For everyone else, this was their first water sport ever. During their first year, all of them learned the basics with the open team. And they competed with open members and other junior members.

Their first race was in Slunj in 2021. In the second half of 2021, they started forming an U19 team and they started to train together. In 2022, they had their first race in Croatia as a team, and they were third overall. They were in front of the second team from Rastocki Mlinari club in the open/junior mix. In March 2022, they had their second race in Bulgaria, where they were third in slalom, and overall they were in fourth place. 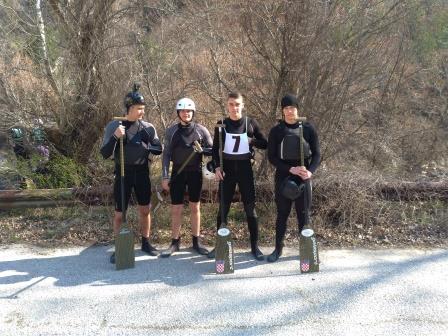 The youngest team member is only 16 years old, and the captain, as the oldest one, is 18 years old. They are a really young team with not too much experience in rafting competitions. But they have learned everything they need to know to be good paddlers, and now it is up to them to make a good competitive team. And Rastocki Mlinari club hope they will make something interesting in the results.

Besides racing, they are hoping to meet great people, have excellent local food, see old rafting friends, enjoy good company, and a party!

They look forward to establishing good competitive foundations for this team. And they are looking forward to great weather, good water levels, fair competition, fair play, and strong teams!

Follow Croatia U19 Men on their social media links: